Ife Alailegbe is a combination of soul-lifting choruses, all written (EXCEPT the “Adonai” regular worship chorus) – by Adenike Boluwade through the influence of the Holy Spirit. It accurately describes the TRUE essence of the cross, the blood, the love, and the sacrifice of Christ for humanity. IFE ALAILEGBE NOW ON YOUTUBE! Watch BELOW ▪️KINDLY […]Read More Harry Lennix, Academy Member Told Will Smith To Return His

Even though Will Smith has been hit with a 10-year ban from attending The Oscars, following his slap of Chris Rock at the ceremony held two weeks ago, Harry Lennix doesn’t think that this punishment is severe enough. He has even called for Will Smith to return the Best Actor prize he won for his performance in ‘King Richard’. Lennix is a member of […]Read More Chris Rock Declined Talks About Will Smith: ‘No Word About

Chris Rock is staying mum on Will Smith and the incident at the Academy Awards for now. On Saturday evening, Rock took the stage to perform at his show in Palm Springs, California and told attendees he won’t be sharing his story of the infamous slap in the face until he’s financially compensated. “I’m OK, I have a whole show […]Read More Osinachi Nwachukwu: Tributes Reel-In For The ‘Ekwueme’ Gospel Singer After

The Ekwueme crooner passed on yesterday Friday in her forties at an Abuja hospital. Before her death, Osinachi was a singer, songwriter known popularly for her song Ekwueme in collaboration with Prospa Ochimana. Ekwueme gulp a whooping over 71 million views on Youtube. Osinachi featured for songs like Nara Ekele by Pastor Paul Enenche and Ema You no dey […]Read More The Academy of Motion Picture Arts and Sciences announced Friday its 10-year ban on Will Smith due to slapping Chris Rock at this year’s Oscars ceremony. Following the ban, fans were quick to point out that even Hollywood predators did not get such a harsh treatment, noting the Academy’s long history of racism. Smith, who gracefully accepted the ban, had previously announced his resignation […]Read More Pink Floyd have reunited to record their first new material in 28 years, a protest song against the Ukraine war. Hey Hey, Rise Up! features David Gilmour and Nick Mason alongside long-time Floyd bassist Guy Pratt and Nitin Sawhney on keyboards. But the song is built around a spine-tingling refrain from Ukrainian singer Andriy Khlyvnyuk […]Read More Jada  Pinkett Smith “wishes” Will Smith “didn’t get physical” with Chris Rock, but she isn’t angry with her husband, a source claims. Speaking to Us Weekly, the unnamed insider said Will and Jada are apparently in agreement that Will Smith “overreacted” when he slapped Chris Rock for making a joke about his wife at the Oscars. It was in […]Read More 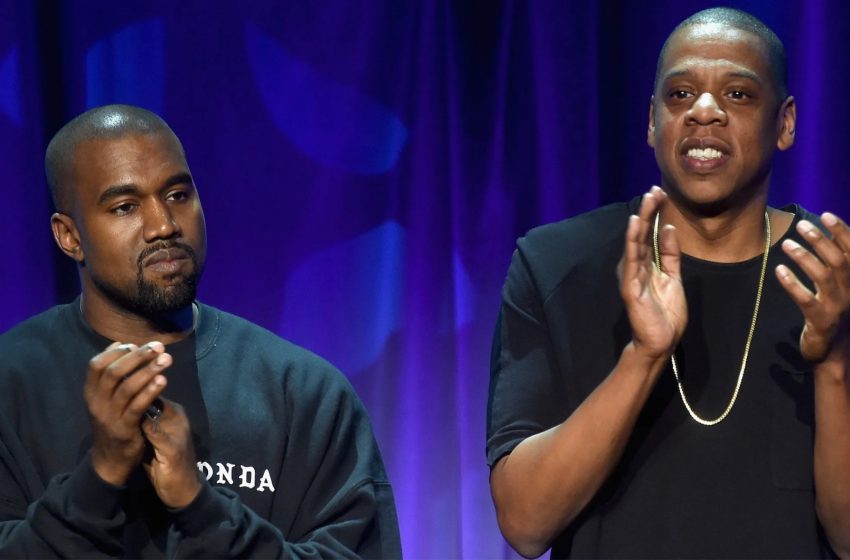 Kanye, Jay-Z Are Most Rappers With Grammy Awards In History

At yesterday’s just concluded 64th Grammy Awards, Kanye West won the award for Best Melodic Rap Performance for his song “Hurricane”. He was nominated for 4 other categories, including two Best Rap Album nominations for Donda, and the other for Lil’ Nas X’s Montero; Album of the Year for Donda, Best Rap Song for “Jail”. Kanye West officially […]Read More Will Smith Resigns From Academy Kembership Over Chris Rock Slap

Will Smith has resigned from the Academy of Motion Picture Arts & Sciences after he slapped Chris Rockat the 2022 Oscars. The actor, who is facing possible expulsion or suspension, chose to resign instead. On Wednesday, March 30, the group said Will Smith had violated the Academy’s standards of conduct and that he had 15 days […]Read More The Brains Behind Bluey: He Turned A Simple Kids’ Show

Born out of a zeal to fill a vacuum in his home country, Australia, the cartoon series by titled: Bluey is no doubt one that promotes and upholds family bonding via focus on the benefits of play-time between Children and Parents. Inspired by a UK show Peppa Pig but with an undeniable Austrian born flavour in […]Read More Anthony Joshua’s world heavyweight championship rematch with Ukrainian war hero Oleksandr Usyk is set to take place in Saudi Arabia at the end of June. According to Mail Online, a mega-million-dollars deal to move Joshua’s bid to regain his WBA, IBF, WBO, and IBO titles away from London was reached in principal at Middle East time last night, with June […]Read More “My Behaviour Was Unacceptable And Inexcusable. I Was Out Of

American Actor, Will Smith, has apologized to comedian Chris Rock for assaulting him at the Oscars on Sunday March 27. Will Smith had stormed the Oscars stage to hit Chris Rock after the presenter made a joke about his wife Jada Pinkett Smith’s haircut.  Rock, a comedian, compared Jada Pinkett Smith’s hair to that of G. I. Jane’s, who […]Read More