With The Way Nigeria Is Now, People Might Sleep And

Super Falcons star, Asisat Oshoala has shared a tweet about the widespread insecurity witnessed across the country.  According to the footballer, things are so bad in the country that one might sleep and not wake with their heads on their necks.  Asisat tweeted;  Omo with the way naija Dey go now , you fit just […]Read More We Did Not Show That We Wanted It More Than

Austin Eguavoen, the Immediate past Super Eagles interim manager has admitted that Black Stars of Ghana showed they were hungrier and more determined than the Super Eagles of Nigeria to secure the ticket for the Qatar 2022 FIFA World Cup ticket. Both nations played home and away draws but Ghana were lucky to get the World cup ticket on the away […]Read More Nigeria vs Ghana: Confusion As CAF Doctor Collapses, Dies After

Confusion has surrounded the death of Confederation of Africa Football’s doping doctor, Dr. Joseph Kabungo. Kabungo, a Zambian medical practitioner, was said to have died shortly after Ghana stopped Nigeria from qualifying for the 2022 World Cup on Tuesday. There are reports that Kabungo died as a result of the stampede that occurred at the Moshood […]Read More Super Eagles of Nigeria and Al Hilal of Saudi Arabia striker, Odion Ighalo, has urged the Abuja fans to play their role  if the Super Eagles are to beat Ghana and secure the 2022 World Cup ticket on Tuesday, March 29. A win over Ghana will seal Nigeria’s spot in this year’s World Cup holding […]Read More Brazilian authorities have arrested a man who allegedly hacked into Neymar’s bank accounts and repeatedly stole small sums of money totalling more than $40,000.The police said the alleged hacker worked at an unnamed bank where the Paris St-Germain (PSG) and Brazil player and his business manager father had accounts. The 20-year-old was arrested on Wednesday […]Read More 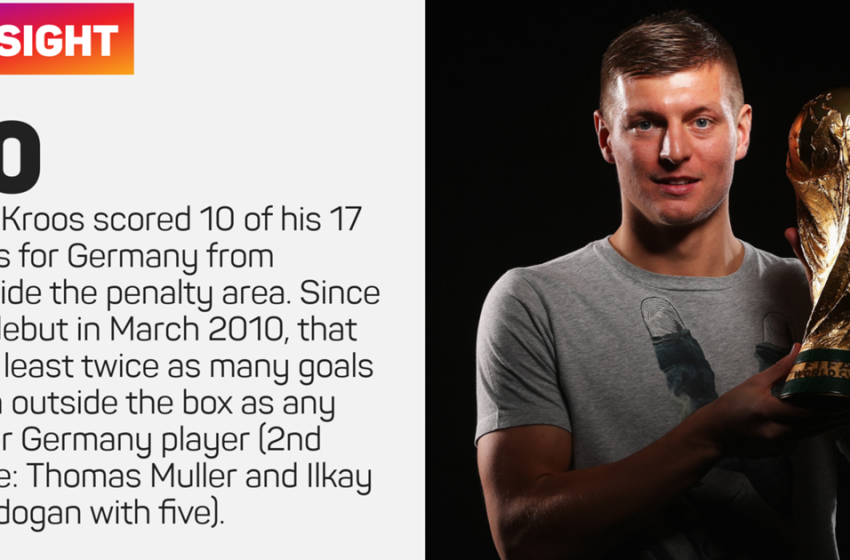 Germany midfielder Toni Kroos has announced his retirement from international football after his team’s exit from the Euro 2020, the 31-year-old said on social media. The 2014 World Cup winner earned 106 caps for his country, contributing 17 goals and 19 assists. Kroos said it was clear to him “for a long time” that he would not be available […]Read More 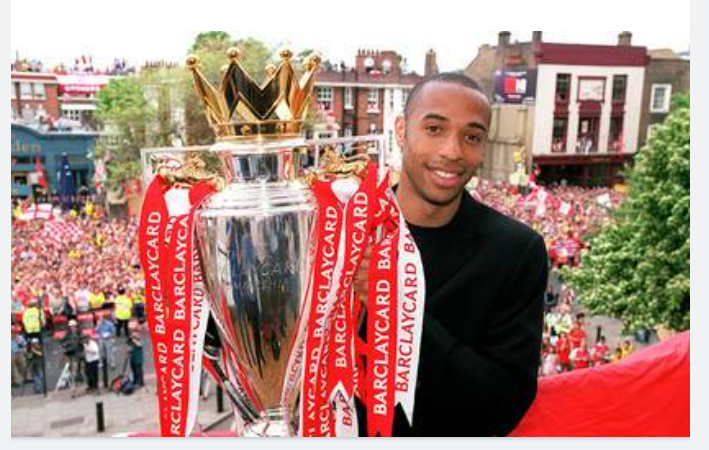 Congratulations to Thierry Henry, who is one of the first two players to be named in the official Premier League Hall of Fame. Our legend has been inducted alongside the league’s leading scorer, Alan Shearer, after winning a record four Premier League Golden Boot awards during his eight-year stay in north London. Henry scored a […]Read More Rio Ferdinand Predicts This Season’s Champions League Winner Ahead Of

Rio Ferdinand has predicted who will win the Champions League as Chelsea and Manchester City gear up for their semi-finals this week.Thomas Tuchel’s side are away to Real Madrid on Tuesday night, while Pep Guardiola’s City travel to face Paris-Saint Germain on Wednesday in the opening legs of the last-four clashes.But Ferdinand doesn’t think there […]Read More ‘Give Him The Ballon d’Or’ – Leicester City’s Iheanacho Inspires

The Nigeria international conjured a magnificent performance to help the Foxes silence the Eagles, and fans waxed lyrical about him on social mediaKelechi Iheanacho sent Twitter into a frenzy after inspiring Leicester City to a 2-1 victory over Crystal Palace in Monday’s Premier League clash. The Foxes were pegged down in the 12th minute after […]Read More

Folarin Balogun has committed his future to us by signing a new long-term contract with the club. The 19-year-old striker, who signed as a scholar in July 2017 having been at the club since he was nine years old, has continued his impressive development this season, making his first-team debut and scoring his first goals […]Read More Governing bodies across the men and women’s game are uniting to take a stance against those who continue to tarnish the game. A social media boycott has been announced across English football, with the FA, Premier League, EFL, FA Women’s Super League, FA Women’s Championship, PFA, LMA, PGMOL, Kick It Out and FSA uniting to […]Read More